You have never had a baked doughnut as good as these Carrot Cake Baked Doughnuts. The inside is piped with yummy yogurt and cream cheese filling and they taste unbelievably good. I don’t say this lightly, but this is the best baked doughnut recipe I have ever made, and I’ve made a few. 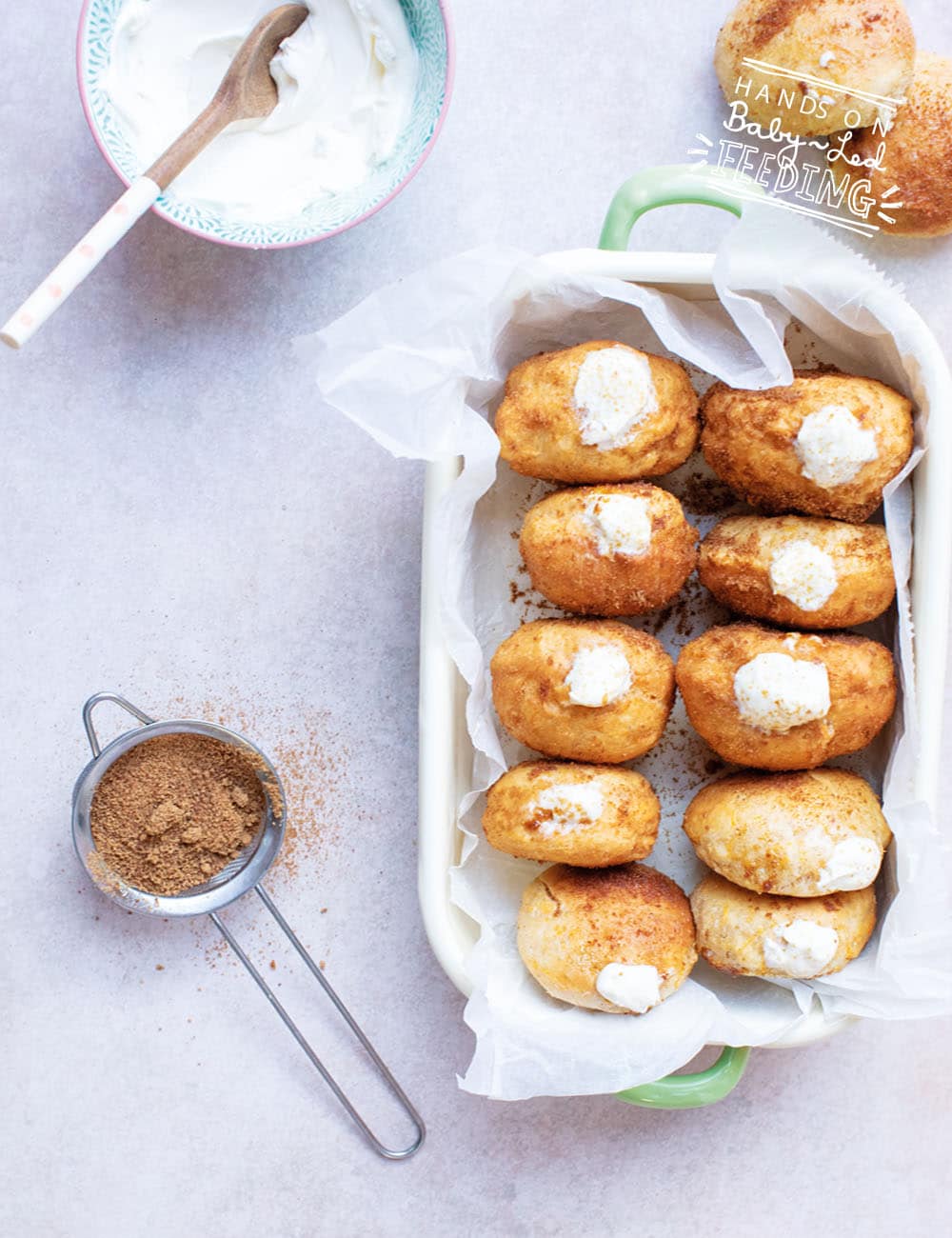 What makes these doughnuts healthy?

I’m not suggesting these doughnuts are so healthy you could scoff down all 12 in one sitting. They are a healthy doughnut recipe because; 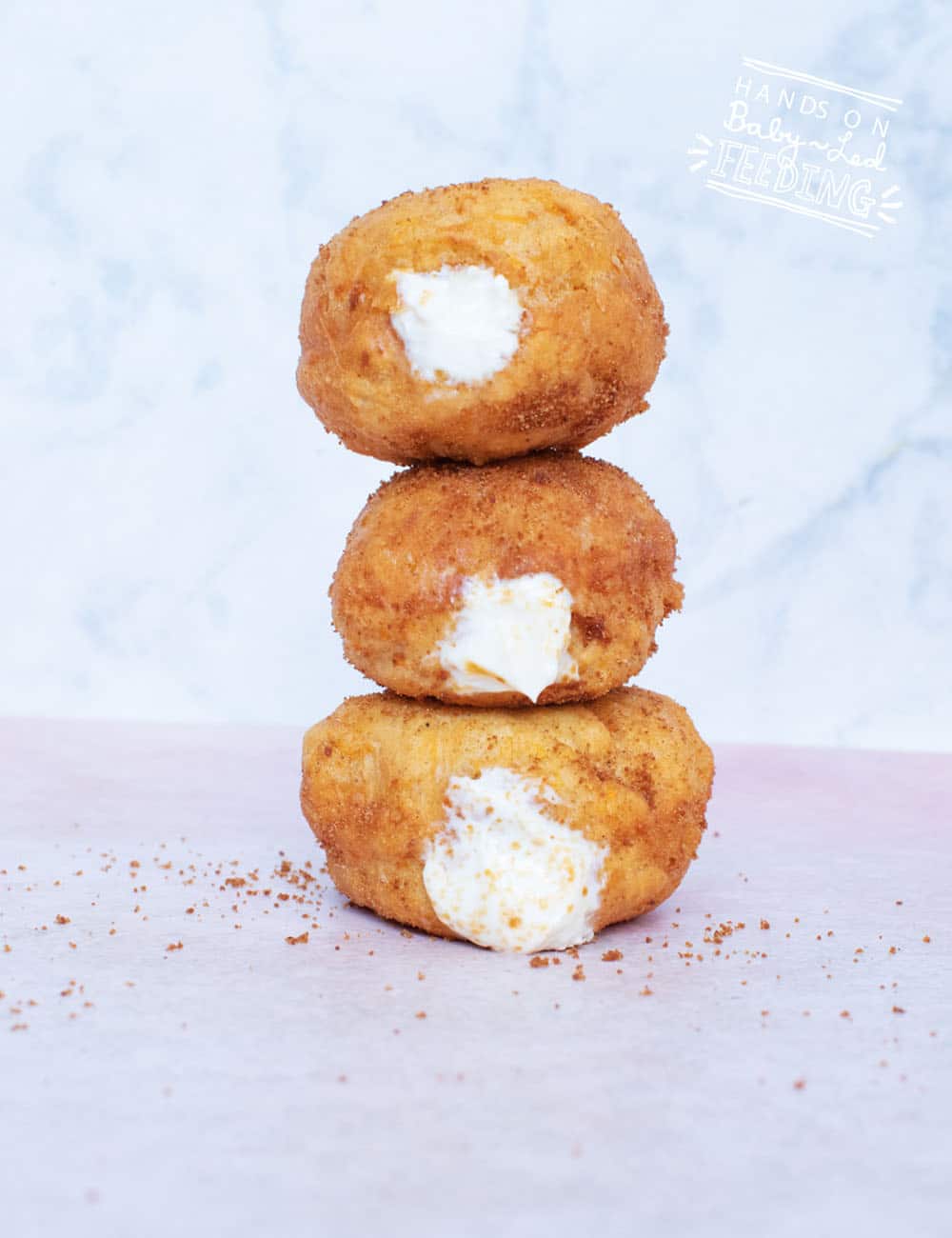 Can I fry these doughnuts? 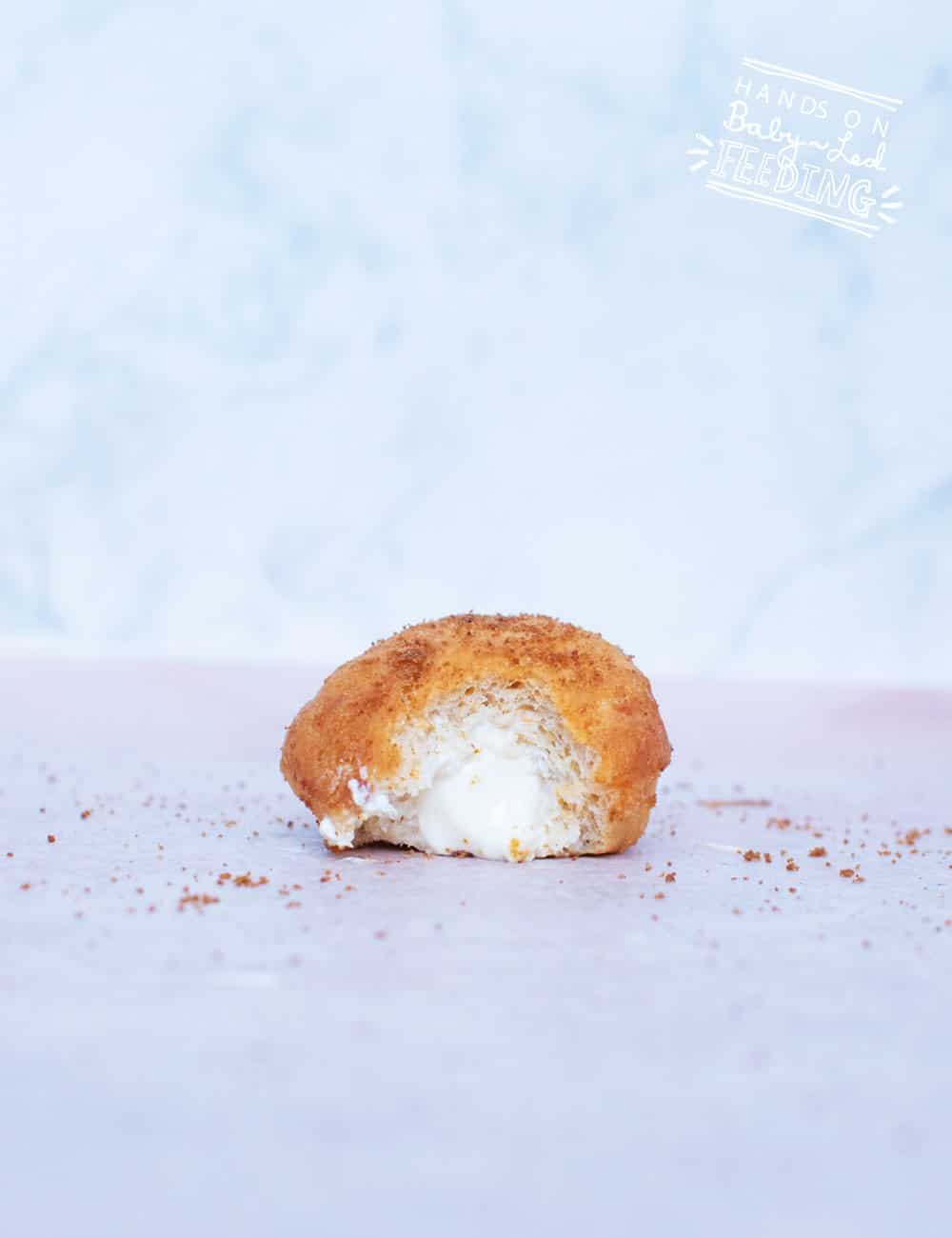 In the past when I’ve made doughnuts I have made yeast-free baked doughnuts. Also, super delicious mind you but they are not as fluffy and light as these ones.

When making a yeast doughnut recipe, you have to wait for the dough to prove, twice! It’s just about patience. Zero effort + patience.

Throw all of the ingredients into a mixer, then mix until fully combined. Leave in a warm place covered with cling film for about an hour, then come back. Divide the mixture into mini doughnuts (5 mins), then leave to prove again before cooking.

The second prove is SUPER important when using a yeast doughnut recipe. If you have the patience to let them rise the second time, this will result in the fluffiest doughnut EVER!

Before baking, I brush the top with a little oil which helps a baked doughnut to look like a fried doughnut. After they come out of the oven you can brush a small amount more oil on top before dipping in sugar, but that is up to you.

The thing that makes these doughnuts amazing is the filling. I used a mix of Greek yogurt and Cream cheese mixed with just a little maple syrup. That’s it! So simple and easy but honestly super delicious.

That’s it! Super easy! Totally delicious and honestly the best doughnut recipe you will ever try!

Check out these recipes.

A baby led weaning doughnut recipe that will change your life.

A super healthy breakfast muffin that is filled to the brim with goodness. 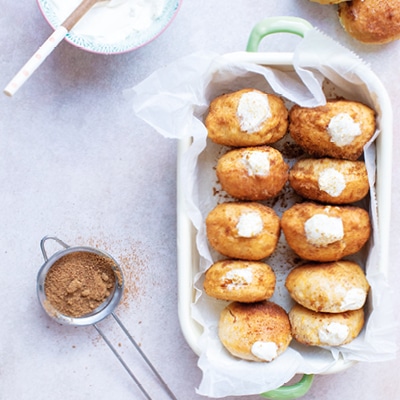 These mini muffins are the best little weaning recipe for little hands over the holidays.

Halloween Treats or Tricks With these creepy Witches' fingers

STOP! You need to make this recipe for QUINOA VEGG

BLW My Babies First Curry Recipe 🥘 I got lots

Baby Raspberry & Lemon Muffins 🍋🎅🏻 Did yo