Join over 10,000 others and get recipes, meal ideas and lot’s more delivered to your inbox each month.

We hate SPAM and promise to keep your email safe. 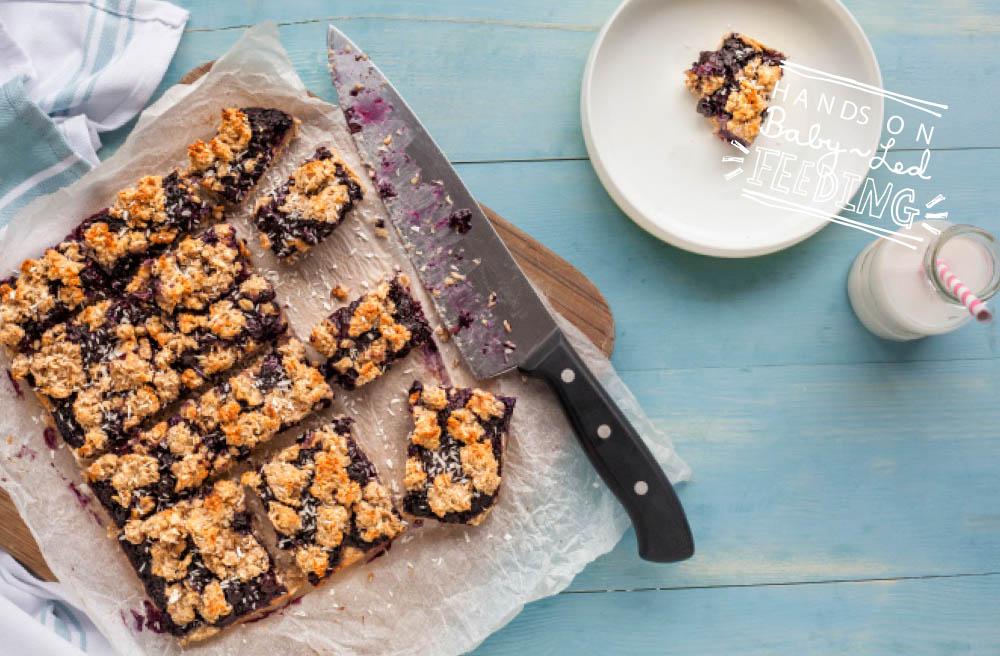 Have you ever made something by chance? Wondered what would happen if you added a bit of this, and a bit of that and put in in the oven with your fingers crossed wishing it to work? Well these blueberry and oat bars are just that thing for me and they are just perfect for baby led weaning 🙂

It all started with an attempt to make a blueberry crumble… with Oscar! He is at that age where he just wants to help with everything from pouring milk from a 2ltr carton into his cup to putting the soap on his hands, by himself before turning on the tap. Needless to say, milk goes on the floor and soap all over the sink but i’m happy he’s such an independent little baby full of the joys of everything around him (and I am pretty much to blame for this independence).

So here is what happened; It was a wet Friday morning and my little boy and I set about to make a yummy blueberry crumble (fyi – the photos attached are not from the first batch!). I had made the blueberry compote the night before so we mixed up the crumble and then I made the error of answering a phone call from a friend. Pushing everything aside, I took Oscar off the chair he was standing on beside me and put him on the floor with his toys.

They say silence is golden, well ‘they’ are wrong!!! Very very wrong if there is a toddler in the house. I had turned my back for less than 10 seconds when he was back up on a chair with the entire jar of blueberry compote poured directly into the oat mixture as he licked sticky jam from his hands …. “mmmm Mam. Awwwcar like jam”. He’s so ridiculously cute these days, I just wish I could bottle these moments to keep forever more.

Out of panic and desperation I managed to salvage as much of the oat mixture as I could but it really wasn’t much so I pressed it into a tin and then crumbled the remaining bits on top of the blueberry mess made by very cute little sous chef. 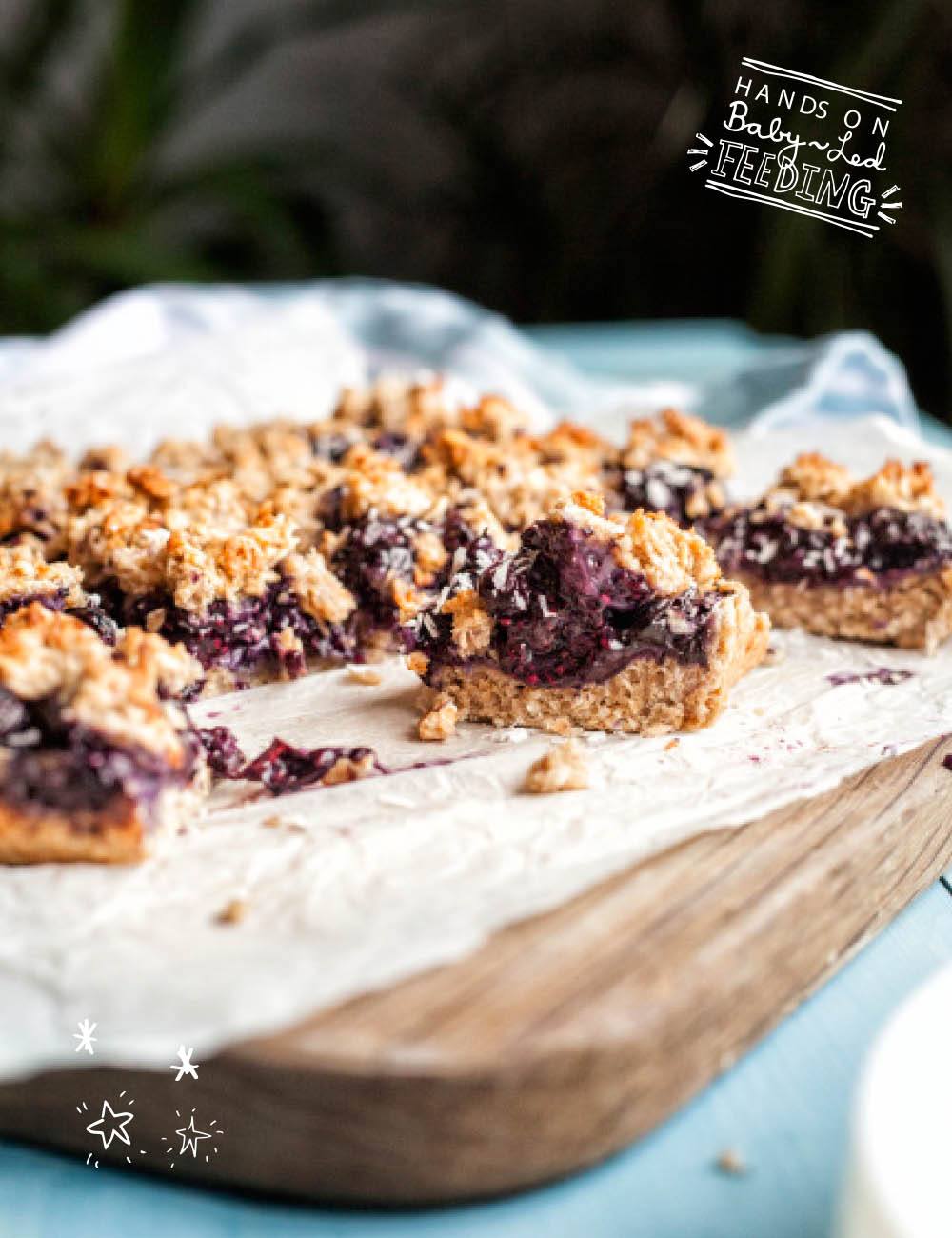 Into the oven it went and with a big sigh. Perhaps the next recipe would go a little better.

Which leads me to the end result! 15 minutes later, I took this messy looking thing out of my oven and did a little dance! I actually couldn’t believe how it had turned out, it was just amazing, light, deliciously jammy and gooey. Not like a crumble, but more like a cake with jam and crumble on top.

Since that Friday, i’ve refined the recipe so that it is easy for little babies to manage and a little less sticky. I’ve made variations from apple and cinnamon to plum and rhubarb which have both been winners with the older kiddies especially for lunchboxes.

This recipe is so easy to make (even with a little toddler) and it is beyond delicious. Its amazing how the simple things just taste the best.

And then the best part and most exciting thing for me… I made a video! Probably the most terrifying thing I have ever done and I have a whole new respect for people who work in television. If you haven’t been one of the 75,000 people who have watched it on Facebook (I am still in shock at that figure) then here you go. Hopefully this will show you how easy it is to create delicious and healthy baby led weaning recipes for your lovely little babies.

I would love to hear what you think of this recipe and if you have any questions just comment below. I can’t wait to see what you all make!

SIGN UP FOR OUR MONTHLY NEWSLETTER AND GET GREAT RECIPES DELIVERED TO YOUR MAILBOX.

AND GET GREAT RECIPES DELIVERED TO YOUR MAILBOX